Showering with a Loved One? Do It Right with Enhanced Water Technology

Showering with a Loved One? Do It Right with Enhanced Water Technology

According to a new survey by Hansgrohe about the nation’s showering habits, Americans are seeing the benefits of sensual showers. You might be surprised about the statistics around showering with a loved one. According to a new survey by Hansgrohe about the nation’s showering habits, Americans are seeing the benefits of sensual showers. You might be surprised about the statistics around showering with a loved one.

Shower products, like their Raindance Select, uses a technology that mixes water with air which makes the water droplets plumper, lighter and softer, and means that the water can be used more effectively. Their survey shows that American men prefer gentle rain showers (33%) and massage sprays (32%), which are also women’s favorites (44%) followed by a powerful rain shower (40%). See how YOU fit in to the American standard…

Showering with Company
Research has revealed that 49% of Americans are doubling their fun when it comes to showering by sharing a shower with their partner. Around 56% of loved-up couples have been using their shower for romantic trysts, whereas 16% of singletons shower with a new partner to woo while they wash. Couples sharing a home are more likely to indulge the twosome shower (58%) rather than couples who don’t live together (46%). The survey results show that young lovers are more likely to favor a clinch behind the shower curtain. Two-thirds of 18-25 year olds regularly shower with someone else (67%), whereas only 32% of 45-55 year olds admitted to doing the same.

Yearning for Bigger Showers
The respondents also said that size matters—when it comes to picking the right shower. One in eight North Americans (82%) are yearning for something bigger; however, 79% of these people said they want more space in the shower for bottles rather than company.

Different Shower Habits in Men and Women
Men are more likely to seek solitude in the shower (79%) than women (75%), with 32% of men saying they took refuge there for peace and quiet compared to 30% of women. They also prefer being alone in the bathroom because they value their privacy (47%) more than American women, 17% of whom confirm that they’re not sharing the bathroom while showering. On shower preferences, a significant group of men admitted to actually preferring a cold shower (19%), compared to only 7% of women. However, 71% of Americans seemed to be lukewarm about hot showers, over half of them (57%) saying it helps them relax.

Shared Bathrooms
The stereotype of the prudish American was also smashed when looking at whether people shared a bathroom as well as the shower. 19% of them say they’re not alone in the bathroom while showering, with only 4% attributing this to the typical rush hour bathroom congestion. The survey revealed that privacy in the bathroom while showering is generally more important to men (49%) than to women (43%). Lovers who share a home tend to use the bathroom as a space where they can relax alone much more (37%) than couples not living together (21%). 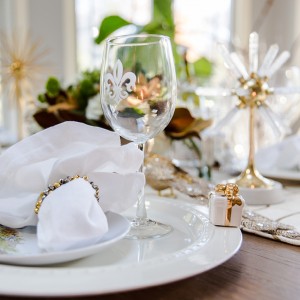