For the most part, it’s pretty easy to stick to a paleo diet. You’re basically focusing on fresh natural foods of which there are a bounty to choose from. But due to modern eating habits, there might be some cravings that come along. Here are some tips for keeping paleo. For the most part, it’s pretty easy to stick to a paleo diet. You’re basically focusing on fresh natural foods of which there are a bounty to choose from. But due to modern eating habits, there might be some cravings that come along. Here are some tips for keeping paleo.

When the cravings hit, refer to the  items in the list below, which may make you forget all about what you thought you were missing.

Ground Flaxseed Meal Whether making meatloaf or breading fish, sometimes a little crumb-iness is what you require. Instead of breadcrumbs, try using ground flaxseeds to mimic the crusty coating, or meat softening texture. Flax seeds are also good for you—adding extra fiber, vitamin B1, and omega-3.

Nutritional Yeast When recipes call for parmesan cheese, nutritional yeast makes a great substitute. It has a waxy texture, similar to cheese, and tastes great, kind of salty, kind of nutty. It ranks as a superfood with its status as a complete protein and B vitamins, folate, thiamine, riboflavin, niacin, selenium and zinc. Add it to popcorn (arguably not paleo, but ok once in a while) or to soup for extra flavor and texture. Also great sprinkled on salads or on most veggies.

Coconut Milk /Almond Milk/Cashew Milk I find these milks pretty easy to get used to, whether you are making a smoothie or adding to coffee. In coffee, cashew milk has the most body. Always choose the versions with no added sugar.

Coconut Cream/Cashew Cream When it comes to dips and dressings, a creamy texture is definitely a draw. To proceed in a paleo manner start with coconut cream, when it comes to sweet treats, curries, and soups. You can find cans of it in the international section of your market. Cashew cream is easy to make. Just get raw cashews (cashew pieces are cheaper) from the bulk section of your heath food store. Soak for at least 2 hours, then blend in a food processor.

Cauliflower This is one of those tricks that takes one thing and makes it look like another, though taste/texture-wise, I don’t feel you are coming close. If you want to make cauliflower “rice” remember to factor in the amount of liquid inherent in the vegetable. One of the recipes I attempted to include in Hobnob’s Paleo Party plan was a kind of vegetable sushi: I  cut zucchini into thin strips, then created rolls, filled with a lively cauliflower “rice” medley with veggies. Between the moisture from the zucchini and the cauliflower, these beauties were weeping within a few minutes of construction. So I canned that recipe, deciding it would be cumbersome to remove the water from both items. If you are making cauliflower rice for the first time, check out this super recipe, from The Curious Coconut.

Plantain Chips/Root Chips If chips are your weakness, then you can still dig in. Choose plantain chips or root chips which give you much more nutrition per crunch.

Honey or Maple Syrup If you are serving cocktails (not recommended for paleo-ists!) and need a food friendly sweetener, go natural. Maple syrup and raw honey and are your go-tos. If using honey, the best way to mix incorporate into a cocktail is to make a syrup: heat honey with 50% water till incorporated, let cool, then transfer to a squeeze bottle. Store in the fridge. 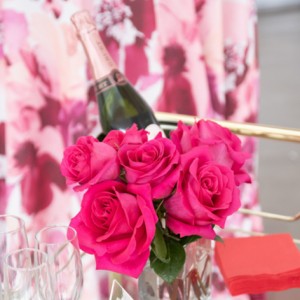 How to Choose a Gift for Your Love