This cocktail blends the taste of fresh pears with a heart-warming cognac, making this drink ideal for fall's dropping temperatures. It's a wonderful way to infuse fall's flavors in cocktails at your next gathering, This cocktail blends the taste of fresh pears with a heart-warming cognac, making this drink ideal for fall’s dropping temperatures. It’s a wonderful way to infuse fall’s flavors in cocktails at your next gathering,

Having studied film photography in college got Bryan Schneider used to the idea of mixing concoctions, and inspired a mad-scientist penchant for creative cocktail making. He created the seasonal cocktail list at Park Avenue­—the restaurant known for not only creating seasonal menus, but for changing the entire decor in the restaurant to match with the season.

Creativity is his middle name and Schneider is inspired not only by ingredients, but by topical issues. He recalls,  “Back when the Occupy Movement hit New York I had a cocktail called ‘The 99%’, which you could make ‘The 1%’ by adding a teaspoon floater of 100 year old cognac at a sizable price increase.” You have my attention! This season you can try the Mai Chai cocktail which comes housed in a delicata squash and features chai-infused rum and pumpkin seed syrup or The Road To Jericho made with Vodka, Pomegranate Molasses and a heap of pomegranates and candied ginger slice.

For Hobnob’s party theme, which is focused on including some alcohol in every bite, Schneider shares the recipe for a Pear Sangria with pear, cloves, and cinnamon stick to celebrate the fall. parkavenyc.com 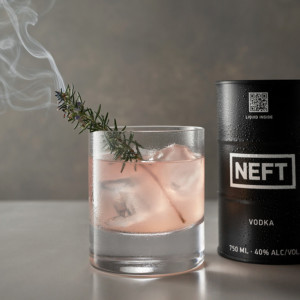 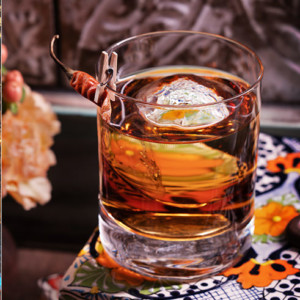