When Brussels sprouts are in season be sure to get some from your local farmers’ market—they will be at their sweet peak. Showcase their full potential in this flavorful Brussels sprouts canape combined with paneer (a low-melt cheese) and Indian-spiced yogurt sauce. Brussels sprouts from your local farmers’ market are often sold still on the branch, you might want to get a few extra and use them in lieu of floral arrangements, they are so cool-looking. Though, I think it is best to make this flavorful Brussels sprouts canape to showcase their full potential.

Tip: Grating the Brussels sprouts makes them cook faster, and gives you more of the desirable crispy bits. Also makes it easier to stuff in the mini pitas. This recipe could also work as a topping on rice or as a side dish at a dinner party.

I included this recipe as part of our modern Indian cuisine theme. To make it Indian, we mixed the Brussels sprouts with tasty fried paneer and a yogurt sauce doused with Indian spices.

PREHEAT OVEN 500ºF… GET OUT THE FOOD PROCESSOR

1 LB Brussels sprouts
—
3 TB olive oil
s + p
—
Remove Brussels sprouts stems, cut in half. Grate in a food processor. In a large bowl, toss Brussels sprouts in oil, season with s + p. Spread out onto baking pan. Roast for 10 min on the oven’s top shelf. Check on it to make sure it does not burn.

coconut-canola oil
12 oz paneer, cut into 1/4-inch slices
—
Lightly grease a skillet with oil. Heat over medium-high heat. Add cheese, brown each side, about 1.5 to 2 min apiece. Cut each slice into 1/4-inch cubes. Toss with the Brussels sprouts.

3/4 CUP plain yogurt
Juice and zest from 1/2 lemon
1 tsp ground coriander
1 tsp ground cumin
1/2 tsp salt
1/2 tsp black pepper
—
In a small bowl, mix ingredients together. If you use Greek yogurt, add a little water to thin out the sauce.

PUT IT ALL TOGETHER 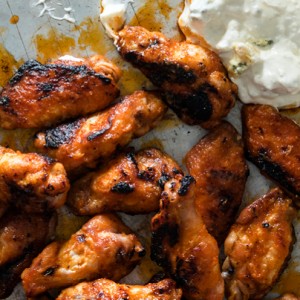